What refugee camp did John and Martha meet at?

John lived in a rural village where his family raised cows until he was 13. Soldiers attacked his village and fled with a neighbor named Abraham. They walked for months finally reaching Ethiopia, for a camp called Pinyudu. Martha lived in the city of Juba.

What is a lost boy and what happened to the ones who survived?

Most just six or seven years old, they fled to Ethiopia to escape death or induction into the northern army. They walked more than a thousand miles, half of them dying before reaching Kakuma refugee camp in Kenya. The survivors of this tragic exodus became known as the Lost Boys of Sudan.

Why did Johns village honor his great uncle?

They grew up in the camp, without immediate family and eventually made their way to America. John wrote about how when he was a young boy his great uncle died trying to protect their cattle from a lion. After the death of his great-uncle, the entire village honored him.

Lost Boy, Lost Girl is a 2003 horror/suspense novel by American writer Peter Straub. The book won the 2003 Bram Stoker Award for Best Novel and was a 2004

What is the first refugee camp John and Martha went to?

Both Martha and John finally found refuge at a camp in Kenya. They began to attend school and learn English.

What country is Pinyudu in?

By November, they reached friendly territory and settled in a refugee camp called Pinyudu in Ethiopia. John was selected to lead a group of 200 boys in the camp, which soon became afflicted by cholera, measles, chicken pox and whooping cough.

How many pages does Lost Boy Lost Girl have?

What happened to the lost boy that survived?

What is a lost boy?

How many boys died in the Lost Boys of Sudan?

The Lost Boys of Sudan refers to a group of over 20,000 boys of the Nuer and Dinka ethnic groups who were displaced or orphaned during the Second Sudanese Civil War (19872005). Two million were killed and others were severely affected by the conflict.

How many miles did the Lost Boys walk to get to safety? 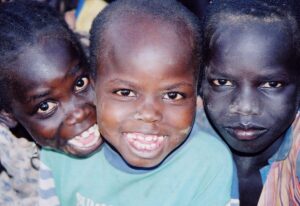 He was about 8 years old in 1987 when civil war in Sudan drove him and an estimated 20,000 other boys, mostly ages 8 to 12, to walk 1,000 miles from their villages to safety, first to Ethiopia, and eventually to a refugee camp in Kenya.