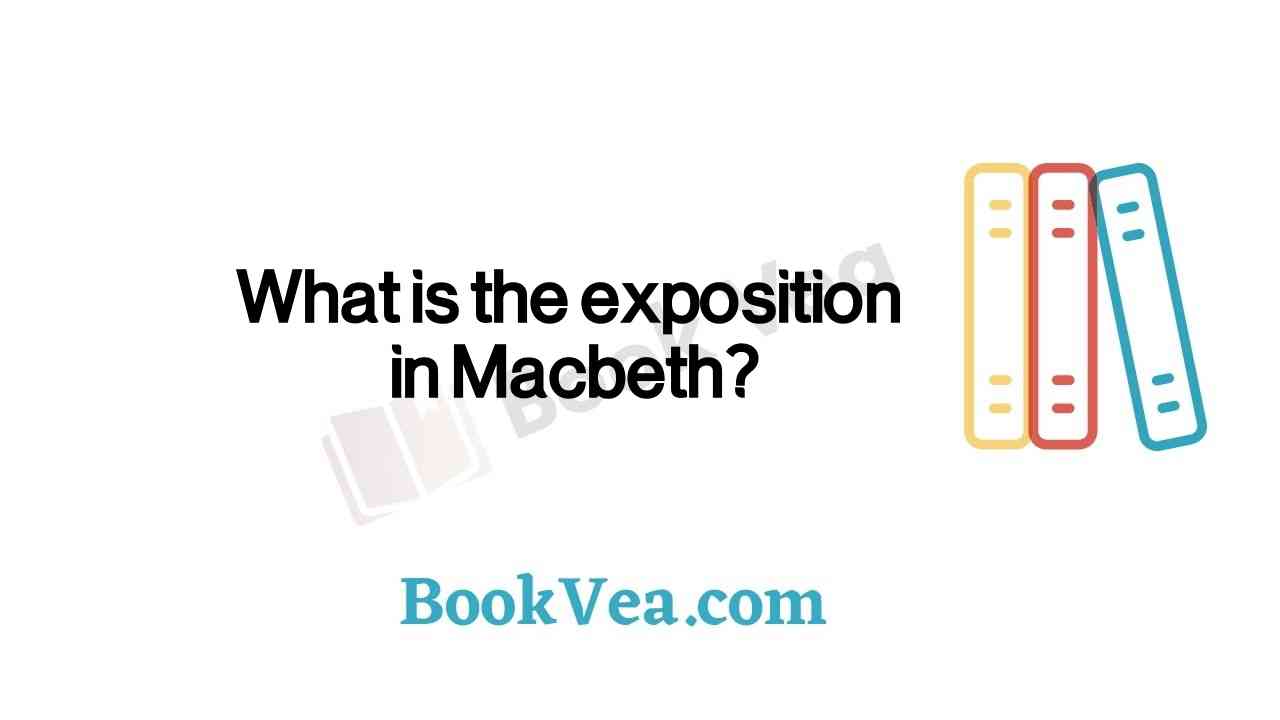 What is the exposition in Macbeth?

The exposition is the beginning of a story, where the characters, setting, and problem are introduced.,

Act One generally introduces the characters and sets up the problem for the play. The important characters are introduced, and we learn their personalities.

The setting is also introduced.,The setting for this play is Scotland,at a time when there is a good king and a strong army that can defeat any traitors.

The mood created is dark though, because there are also witches and supernatural events.,Macbeth, the main character, is introduced in the exposition.
We learn that he is a brave and loyal soldier. He is good on the battlefield and loyal to Duncan in the beginning. He cares what his wife thinks, and is in communication with her by letter.

We also learn the basic problem. Macbeth has been told he will be king, but then he is not named the king’s successor.
Macbeth’s desire to be king is encouraged by his wife, who considers him too soft to act without her pushing. She decides the only thing to do is to kill Duncan so that her husband can become king.
Another important character introduced in the exposition is . Banquo is seen to worry about how Macbeth is going to react to the prophecies, and he is a loyal friend to Macbeth and tries to advise him to forget them.
By the end of the first act all of the important problems and characters are being introduced.